The museum is now re-open for bookings 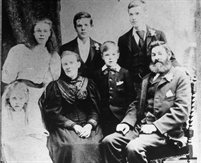 Son of a Miner

D.H. Lawrence (1885-1930) was born and brought up in late Victorian industrial England, in the mining community of Eastwood. From this working-class background it was extraordinary that he became a qualified teacher. He then surpassed all expectations of a miner’s son and went on to become one of the greatest writers of the 20th century. 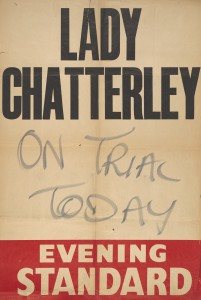 To some he is simply the infamous (and pornographic!) author of Lady Chatterley’s Lover. But to many others he is a powerful and challenging creative voice, from the changing world of the early 20th century.

He is a man for whom writing was the essential part of his being and who has left us a remarkable legacy, which has both influenced modern literature and changed society.

Hostility towards Lawrence’s writing existed during his lifetime, following his death, and is common even today. He knew he was partly responsible for this. In 1927 wrote, ‘…that I have not got a thousand friends, and a place in England among the esteemed, is entirely my own fault…and of my own choice.’

More so perhaps than other writers of his time or after, Lawrence’s early years, his family and the community he belonged to were paramount in his development as a writer and a man. By using the local area to influence his work, Lawrence has put Eastwood on the map and brought an East Midlands mining community to the attention of the world.

Lawrence loved nature and the beautiful countryside surrounding Eastwood, describing the area as ‘The country of my heart’.  Spending time in the area will give visitors an insight into the humble yet unique beginnings of this fascinating man. It doesn’t matter whether you have or haven’t read Lawrence; a visit to his hometown and the area that influenced so much of his work would inspire you to try.

“Better than Stratford”
Prof. Rutledge, U.S.A
“Even if you know nothing about Lawrence, the visit is interesting just to see how people lived, and hear about life in the mining community. Felt inspired afterwards to read some of Lawrence's poetry. ”
Tripadvisor Review
“'The tour was excellent!'”
C. Crucini, Italy
“'Great step back into the past'”
Mr & Mrs Crich, Nottingham
“One of the best tours and excellent guide”
K. Haines, Athens, Greece