Home > Blog > Five reasons why you should start reading comics

Five reasons why you should start reading comics 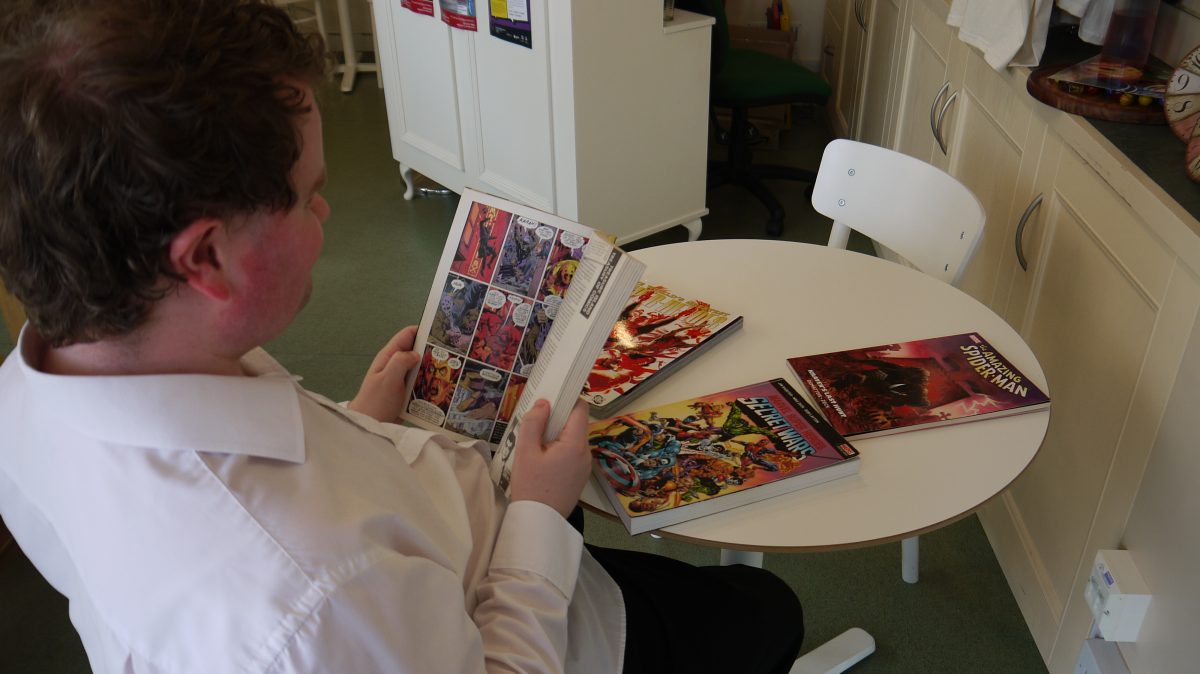 The stories and adventures found within comics have become a staple part of our popular media today. From high budget films with wisecracking web-swingers to season spanning television shows featuring the never-ending hunger of the not quite deceased. Yet few people today read the iconic comics these stories are based on, or even know where to start!

Here are five reasons why you should consider giving a comic book (or a graphic novel if you want to be fancy) a try!

Sure, it’s probably true that heroes like Batman or Spider-Man dominate the comics market, but pretty much every type of fiction has had a comic book of some kind. There have even been times where specific genres overshadowed superhero comics significantly. Following the end of the Second World War interest in Golden Age super heroes like Captain America waned. This led to themes such as Westerns and Science Fiction – staples of fifties culture – becoming more popular.

Even in the modern age, finding a popular comic in your preferred genre is not difficult. You only need to look at the success of Image Comics with The Walking Dead, which has spun out two highly successful television shows. There are also critically acclaimed graphic novels – from a mature examination of Jack the Ripper in Alan Moore’s From Hell, to a coming of age true story amidst the Iraqi-Iran war with Marjane Satrapi’s Persepolis.

Number 2 – Comics are a world-wide medium

You might be mistaken to assume comics are really only a popular source of entertainment in Britain and America, but they are found all across the world. Japanese Manga is distinctive not only for the fact it is read from right to left, but that it often has more female readers than male readers. The varied appeal of series like Dragonball and Attack on Titan has both seen numerous Anime adaptations and a sizable western audience. Meanwhile iconic European comic characters like Tintin and Asterix and Obelix have become often as recognized to British audiences as Superman or Dennis the Menace.

Number 3 – Comics  can deal with topical events and social issues 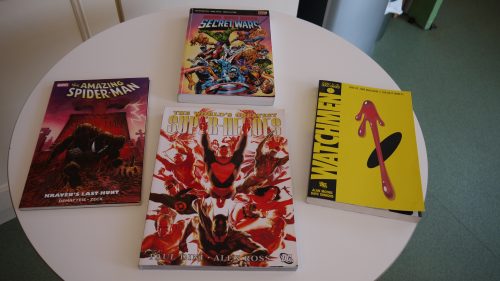 Despite the ability to be entertaining, comics can deal with serious topical issues of the day. Back in the 70’s both Amazing Spider-Man and Green Lantern/Green Arrow tackled the problems of drug addiction, with the former ditching the Comics Code logo to tell its story, whilst the latter revealed that Green Arrow’s sidekick had become an addict. Comics are not afraid to voice their opinions on issues like racism, homophobia, sexism, gender inequality and fascism. The half Black, half Hispanic version of Spider-Man named Miles Morales has become as beloved as the original, even getting to be the lead star of last year’s Spider-Man: Into The Spider Verse (which you can see at the Kids Outdoor Cinema Mini Reel on 13TH August in Eastwood!).

Number 4 – Comics can be read digitally or physically

For those of you who aren’t keen on the idea of having comics taking up space in your homes, comics can now be enjoyed on your I-Pads or Kindles as well. Websites like Comixology provide lots of online comics.  Alternatively trades – books containing a select number of single issues – are an ideal for around £10 each. For the enthused you can even find hardcover collections, many containing entire runs of characters with a specific writer and artist!

Number 5 – Comics can be read for free! (Or really cheap)

At a glance many comics can seem an expensive hobby, especially if you’re following several titles a month. It is still possible to read many for free or at a fair price or pay a visit to your local library. Also keep an eye on digital comic websites and you can take advantage of both select free issues and some well-timed sales on numerous titles.

That’s five reasons you should consider checking out comics! And if you’re interested in creating your very own comics, be sure to join our free event here at the DH Lawrence Birthplace Museum.

The museum space is a comfortable place to work in and tea/coffee, sandwiches, chocolates and biscuits will be on offer!

Please call the museum on 0115 9173824 or email dhlawrence@lleisure.co.uk for more information! Basic materials are provided, but you are welcome to bring along some of your own art, photographs, writing or poetry you would like included in the zine.