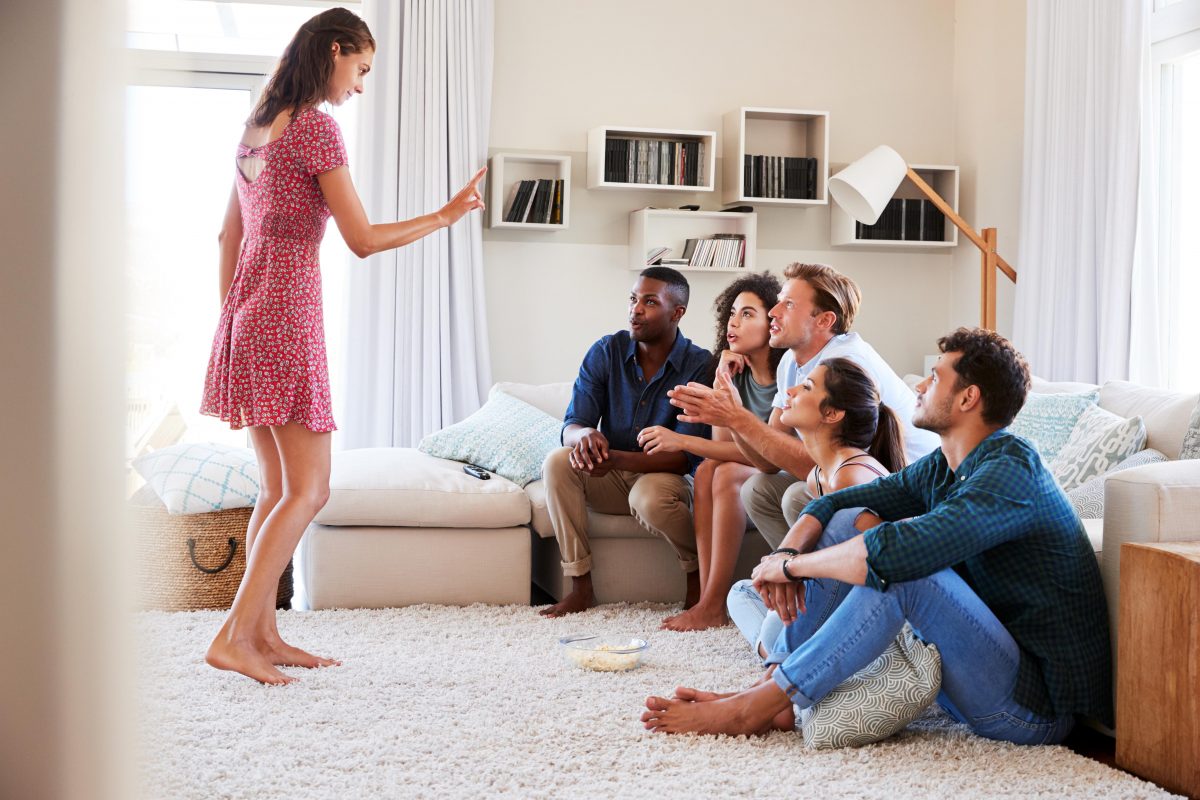 Over the next few weeks, it seems likely that we might be spending a bit more time indoors. So, if you’re looking for a bit of family fun, here are some Victorian parlour games you might like to try…

Almost certainly this is the Victorian parlour game you will know best. Not a Christmas or large family gathering goes by without someone at least suggesting charades. Whilst Victorians sometimes played this with poetic rhyme it was the silent version of today that they played most. Players must select a category and then attempt to mime it out syllable by syllable, without any form of speech, for other players to guess. Over time the game has moved from popular phrases, plays and well-known places to more modern entertainments like movies and television shows.

Another Victorian parlour game that is still popular today. Twenty Questions requires the player to consider a place, person or object. They can then only give clues to the other player’s questions via a ‘Yes’ or ‘No’ response. The added rub being those players only have twenty guesses to figure out what the answer is! Victorians often called the game ‘Yes or No’ and perhaps the most famous example is in Charles Dickens’ A Christmas Carol from 1843. A popular variant of this is also Animal, Vegetable or Mineral, where the player gives the guessers an initial clue via the category.

There were a number of ‘alphabet’ style Victorian parlour games, with Taboo and Our Granny Doesn’t Like Tea being two of the more popular variations. Taboo requires a player to avoid using words with a certain letter whilst answering questions. Everyone else then asks their selected questions and attempts to get the player to slip up and use the forbidden letter! Alternatively, ‘Our Granny Doesn’t Like Tea’ is a sneaky game where players have to think of some alternative foods or drinks for Granny in five seconds… hopefully figuring out quickly that items that contain the LETTER T are forbidden!

If you own a set of dominoes, the huge variation of games that can be played with them makes them an ideal choice for an indoors day! It’s so old a game that the exact nature of its origins are unclear, maybe coming from China over a thousand years ago, though the first official versions of Dominoes appeared in Italy and France in the 18th Century. The most traditional game involves shuffling the dominoes before picking seven tiles each and trying to match two numbers (from zero to six) together, taking an extra tile from the remaining fourteen each time you are unable to! The first person to get rid of all the tiles in their set wins the game!

Finally, there are board games, and whilst I enjoy a good game of Snakes and Ladders, Cluedo or Monopoly as much as anyone, a personal favourites has to be Ludo. With origins in India, Ludo was crafted from the more complex game Patchesi in 1896. The game sees up to four players race their tokens across a board into the circular middle section. Players must first roll a six to get out a piece and then move it around the board with dice rolls, balancing movement as more pieces are released. Additional sixes allow a player to move multiple times but beware – three sixes in a row or a rival piece landing on yours will mean it goes back into your waiting area! Ludo was unchallenged for nearly fifty years as the most popular board game until Monopoly outstripped it in the 1930’s!