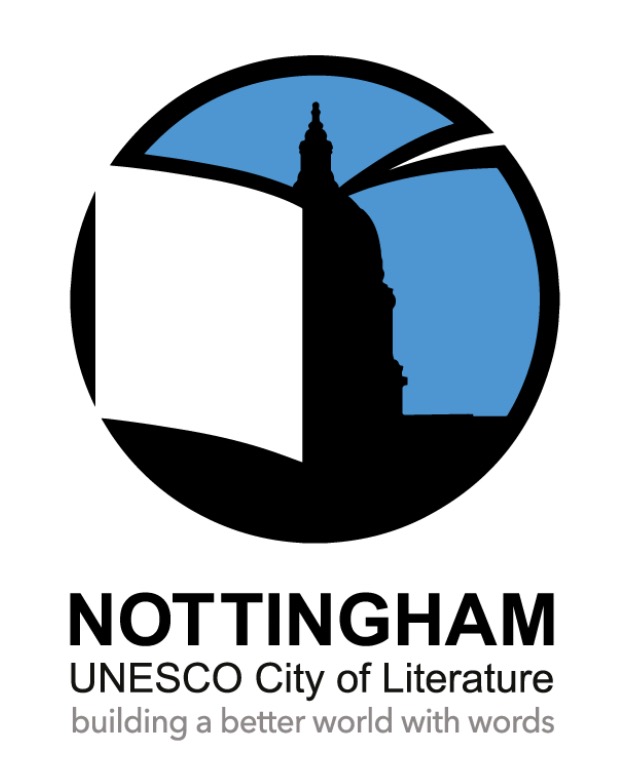 ‘Every true artist is the salvation of every other’,

So said Nottinghamshire’s D.H. Lawrence in his novel Women in Love; a community rich in artists is a thriving creative force allowing more and more talent to develop. In Nottingham the form of art which dominates is writing.  So prolific is that talent that you do begin to wonder if there is something in the water: there are names from the past of course, D.H. Lawrence, Lord Byron, Alan Sillitoe, Mary Howitt, Stanley Middleton, Rose Fyleman…the list goes on.  It is a legacy that continues, with contemporary writers such as William Ivory, Shreya Sen-Handley, Andrew Graves, Stephen Lowe…again, too many to mention.

However you look at it, Nottinghamshire is fertile ground for writers. This is not just speculation; it has now been globally recognised through Nottingham’s status as a UNESCO City of Literature.  UNESCO is an international organisation which recognises cultural hot-spots around the world.  As a City of Literature, Nottingham sits alongside Reykjavik, Barcelona, Melbourne and other leading literary cities.

The new website for Nottingham City of Literature has now been launched, it is great resource for seeing up and coming writers and events in the area. The site is also great for reminding us how wonderful, creative and peculiar the Nottinghamshire dialect is, with its Nottingham word of the week, such as this week’s:

“Don’t be so mardy, give us a go on your Chopper”

Artists are not only the salvation of each other of course. Art and culture is the life-blood of a city, generating opportunities and helping to raise the economy and the well-being of the entire community. The team at Nottingham City of Literature state as their mission:

‘As a UNESCO City of Literature, we’re dedicated to building a better world with words. Our permanent designation as a UNESCO Creative City enables us to use the power of words to transform lives, create new opportunities and establish Nottingham as a leading destination for lovers of literature worldwide.’

While I am always wary of second-guessing what Lawrence would have thought, I don’t think it is a huge leap to suggest that he would have seen the value in this and been very proud of Nottingham’s home-grown literary talent.