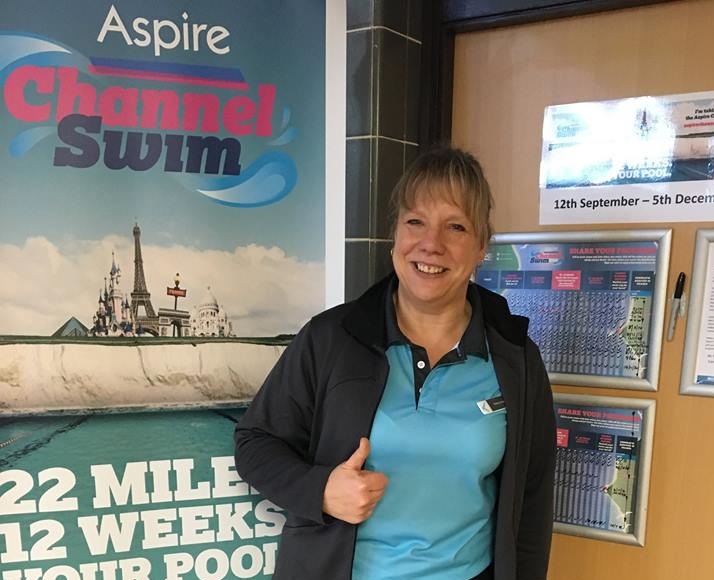 I’ve always enjoyed swimming and during my “younger years” swam competitively for both a local swimming club and my school. In addition to regular training; during school holidays I would spend hours in the pool with friends and family trying to see who could do a handstand for the longest. Who had the nerve to jump off the top diving board and who could catch the most people playing tag. Frequently getting told off by the lifeguards – whoops!

As I grew older life got continually busier and other things took over; such as starting a family, juggling work and running a home. In addition to battling and surviving a serious illness during my early 30’s; which unfortunately meant my swimming and fitness lapsed. I have always tried to stay reasonably fit and will often say I have been on a diet for most of my life! But over the past year I have been in a position to give myself a bit more time with my children grown up and reasonably independent. As a result I have been able to increase my exercise regime and am now benefitting from feeling fitter and healthier.

Having had a “golden year” this year yes, the big 5-0, I decided that I needed a challenge and was presented with the chance to complete the Aspire Channel Swim Challenge, swimming 22 Miles in 12 weeks. The more I swam, the more determined and motivated I became to increase my fitness levels and decrease my weight. I completed the 22 miles in less than 8 weeks which gave me a huge sense of achievement. I now continue to swim 2 or 3 times a week in addition to attending fitness classes and sessions in the gym and am really pleased to get back into a sporting activity that I have always enjoyed.

Wasn’t just to help people to get active, but it was also to raise awareness and money for people paralysed by spinal cord injuries. Bramcote Leisure Centre had 34 fantastic customers sign up and one member swum to France and back (in the pool)! Swimmers at the centre swum a combined total distance of 610 miles! That’s the same distance as Nottingham to Gothenburg – Sweden!

Overall the Aspire Channel Swim swimmers swum a combined distance of over 123,000 miles. That’s nearly 5x around the world, in pools from the UK to the UAE! Not only that, but they raised nearly £400,000 and counting.

I’m so proud of myself. Well done to everyone that took part.