Home > Blog > Bruce’s journey in athletics; the highs and the challenges 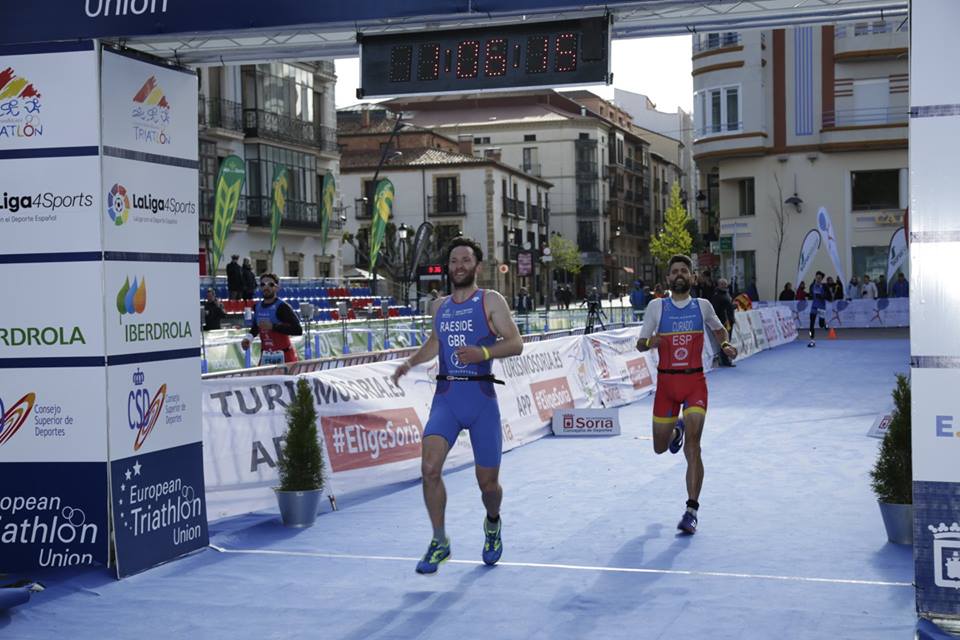 I’m Bruce Raeside. I joined Bramcote Leisure Centre as a Fitness Advisor in January 2017 and I haven’t looked back since. I have found the doors of opportunity to develop my knowledge as a fitness professional endless. I’m also proud to be part of a very passionate and experienced team.

I have a background in athletics, as a middle distance athlete. For which I have been selected to represent Great Britain at International level. My biggest achievements to date are winning a silver medal at the British Championships on the track in the 3000m steeplechase. I also recieved an individual Gold medal at the National 12 stage road relay Championships. My personal best for running on the track are (3.41) for 1500m and (13.53) for 5000m on the track.

These achievements led to training with the National squad at the altitude training camp of Font Romeu in the Pyrenees. This was a fantastic opportunity to mix things up with the best athletes and coaches in the world. I got to meet athletes like Mo Farah, Paula Radcliffe, physiologist Dr Barry Fudge. Also coaches such as the legendary George Gandy who worked with Seb Coe when he broke the world 800m world record. Being mentored by people like this creates an infectious level of inspiration.

Unfortunately due to injuries and the need for surgery to my right knee I took the decision to take a step back from competitive running and set myself at a new challenge; to test myself over the marathon distance or to compete in triathlon events. Triathlon would make use of my running ability, and my cycling was quite strong from commuting into work daily but the weakness was my swimming.

After a few years of battling with other commitments and set-backs I decided to take real action on my desire to compete again at a high level. This mirrored my true potential. My first step to install my commitment was to enter the Bramcote Aquathon and Kimberley Triathlon.

From previous experience I knew that working on weaknesses was important. The first step was to get some swimming coaching. So I joined Broxtowe Triathlon Club who train at Bramcote and Kimberley Leisure Centre. I now use the swimming sessions to gain valuable coaching and technical advice on my swimming ability or lack of it. After a few months training I saw my front crawl times over 400m go from around 10 minutes down to just outside 6 minutes with room for further improvements.

Before my first triathlon I was aware that it could be make or break as to whether it would go well enough for me to want to pursue the sport further.  I placed 2nd to an experienced and competitive triathlete which definitely sparked a new bug for triathlon. Over the summer I participated in a few more competitive triathlons to gain more experience and build confidence. Apart from improving on my swimming times I also focused on perfecting my transition phases which is also an important part of triathlon which is completely foreign to running a 1500m track race!

One thing that hadn’t gone unnoticed from the previous triathlons is that all of the guys in front of me were riding carbon fibres road bikes. After doing some in depth research I convinced myself of the philosophy if you can’t beat them join them. Saying that, carbon fibre bikes are not cheap. My way around this was to purchase the components and build one myself…

With the summer triathlon races becoming sparing and concentration on training being more important I decided to enter the European Duathlon qualifier in Oulton Park Autodrome in Chester. A duathlon event is just run – bike – run. My swimming wouldn’t be holding me back and with a new carbon bike I was in with a chance of selection for the European Championships in Spain.

I started the race just outside the top ten. With 20 athletes eligible for selection I was in with shout. Half way round the 20km cycle route I felt the wind hitting the side of the bike frame and with my lack of experience I assumed something was wrong. For my own peace of mind I stepped off the bike to check everything was secure and I found nothing to be concerned about. Unfortunately by the time I was back on the track I had gone from 10th to outside the top 30. I finished the race in 29th and to my disappointment outside the qualifying places.

There was a last chance opportunity to qualify in Bedford in the final of 3 qualifying races in 3 weeks’ time. I jumped at the chance to enter! This was an important move for me. I needed to do myself justice and finish a race without stopping, whether I qualified or not. A dreadfully wet day saw some athletes drop out with hypothermia. Perhaps because of my cross country days I didn’t let the weather phase me. I stayed in around 10th place from start to finish. Fluctuating in and out of the top ten to finish in dead 10th. This position was good enough for automatic qualification for the 2017 European Duathlon championships. These took place in Soria, Spain on 30th April and where I won a Silver medal.

In preparation for this summer’s list of Triathlons I recently competed in the Bramcote Aquathon held on the 5th May which I was delighted to win! There’s lots more work to be done….so best get off and on my bike now! Bruce.