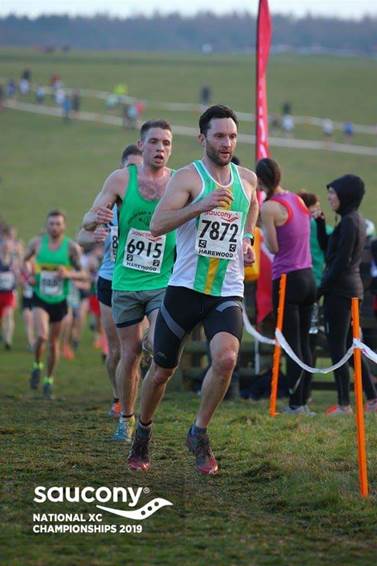 This is my journey not only in reaching the start line of the 2019 London Marathon and first ever Marathon but also my story in the sport of athletics. This started at the London Mini Marathon 21 years ago where I won the boys 16-17 race over the final 2.8 miles of the Marathon route.

I applied to take part in last year’s Marathon through the ballot entry system but was unsuccessful. So I decided to try a different approach for entry this year by attempting to qualify for the Championship race. This required me to run below 75 minutes for a half marathon by January 2019. The rules state that you have to achieve the time within 12 months. Having not run a half marathon since placing 2nd at the Robin Hood Half in 2011 I knew I’d be well short of my best time of 68 minutes.

To achieve my target I choose the Worksop Half Marathon that was taking place in October. Feeling ready to run the time I reached 10 miles and had to drop out with a hamstring strain. I was disappointed by determined to try again! My last possible chance was to achieve the time was at Keyworth Turkey Trot in December.

With just six weeks to recover from injury It was crucial not to lose my fitness despite being unable to run for three to four weeks. I managed to keep the momentum going by cross training in the gym and in the pool. With just two weeks to spare I managed to cram in a few easy long runs. By some miracle I ran a time of 74.57 leaving me 3 seconds to dip across the line and qualify.

The prospect of running the London Marathon inspired me step back into my old running shoes (metaphorically speaking). To seek advice from my running coach Trev Muxlow and to rely on the experience I’ve gained over the years. Rejoining my former running Club Notts AC combined with my second claim Club Kimberley & District Striders I’ve been training consistently with other local competitive runners.

To reach my full potential alongside lots of tough interval repeats and long endurance running I have also taken on board a healthier diet and zero alcohol consumption. This has had a noticeable impact on my body composition measurement registering my lowest body fat mass. Despite that I am still looking forward to a pint after the race!

The past few months’ hard work seems to have paid off with season’s best times over 5km and 10km running 15.00 & 30.44 respectively. These are the fastest times I’ve run since representing GB in 2011. I have a predicted target time of just under 2hr30 for the London Marathon. Not quite quick enough to challenge the likes of Mo Farah but it should place me roughly inside the top 50 overall if I’m lucky. I’m hoping to receive my medal from a member of the Royal family if I remember to turn left and not fall into a heap across the line!

Like all good journey’s this is a journey within another. I have another big goal this year which is to complete my first full Ironman at the UK Ironman championships at Bolton this July. Running London will be ideal preparation for that.