We’re going on a Bargain Hunt!

In October last year, BBC’s Bargain Hunt filmed an episode at Nottingham’s Race Course. We were fortunate to be invited along to the filming and have key D.H. Lawrence items on display. Associate Professor in English at the University of Nottingham, Dr Andrew Harrison, spoke to the programme’s presenter, and antiques expert, Natasha Raskin Sharp, about the objects chosen. 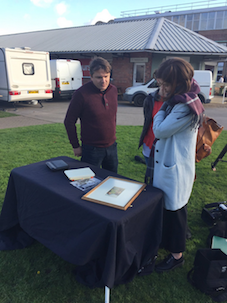 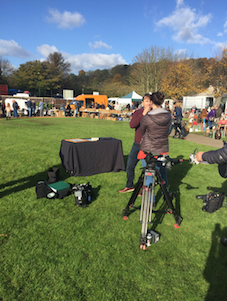 Items on display included a Penguin first edition of Lady Chatterley’s Lover and an inkstand carved from coal by D.H. Lawrence; a gift for his cousin John Lawrence. Not only a world-renowned author, Lawrence was also a keen artist. Also on display was one of his watercolour paintings, depicting cottages and mountains. Lawrence often painted, gifting his creations to family and friends. 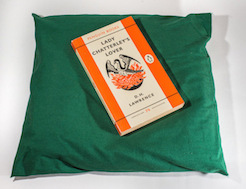 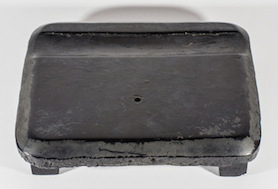 D.H. Lawrence’s final, and most controversial novel, Lady Chatterley’s Lover, was originally published privately in Italy in 1928 and Paris in 1929. It was subsequently banned in the UK, as its contents could “deprave and corrupt” all those that read it. Thirty years later, the passing of the Obscene Publications Act 1959 would see the tide turned on literary censorship, with Lady Chatterley’s Lover leading the way. Following a six-day trial, the novel received a not guilty verdict on 2nd November 1960. And who says scandal doesn’t sell? On 10th November 1960, 200,000 copies of Lady Chatterley’s Lover were sold. Within its first year of publication, the novel outsold the bible!

The D.H. Lawrence Birthplace Museum is open Tuesday – Saturday, 10.00am – 4.00pm. If you fancy visiting the Museum and seeing our wonderful collection, including Lawrence’s watercolours and carved coal inkstand, access is via guided tour only. Entry times are 10.00am, 11.15am, 1.15pm and 2.30pm, with the whole tour lasting 1 hour and 15 minutes. You can find out more about visiting the Museum by following this link.

The episode airs on BBC 1 on Monday 5th March at 12.15pm. If you miss it, you can watch this episode online, via the BBC iPlayer website