Home > Blog > The Girl in the Queue

The Girl in the Queue 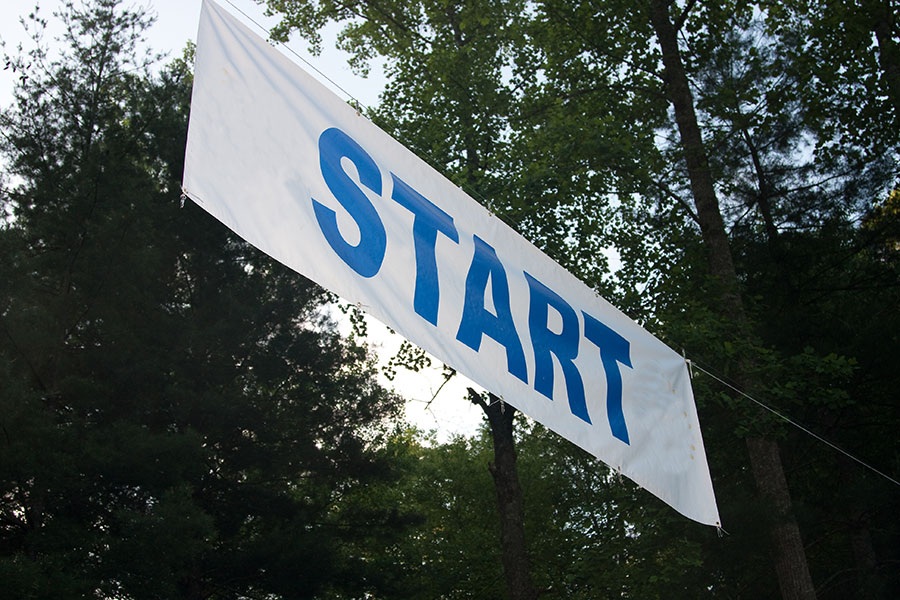 So there I was.

Stood on the start line. Absolutely freezing in my high vis jumper which was miles too big for me. With my Nottingham Forest socks pulled up to my knees, I wondered how I’d got here. How had I changed from centre midfield to a duathlete in the space of just a few months? Could I really do this?

After pumping up the tyres on my old faithful Raleigh mountain bike, I joined the queue for registration. I couldn’t believe how many people were here. I turned to my husband and said ‘Everyone’s going to beat me’; and before he could respond, the girl in front turned round and said ‘No, I think you’ll beat me!’. She looked similar to me. She was the same build and height and looked equally as nervous as the queue for registration started to grow behind us. We got chatting and it turned out that this was a new challenge for her too. Something to re-ignite her passion for exercise, something to take her mind off work and something that little would she know, would change her life.

We stood together on the start line

As soon as the horn went we split and went our separate ways. I’ve always enjoyed running and it was by far the easiest bit of the race. When I reached the turnaround point I felt good and plodded back to transition knowing that my husband would be ready and waiting with the camera. Now, I’ll be honest – I took my time in transition preparing for the bike ride. I was so nervous about the bike, but with a bit of positive encouragement from some fellow competitors, I left transition and headed for the roads surrounding Clumber Park.

The bike ride itself was quite pleasant. The scenery was stunning but I guess that’s what you should expect from a National Trust park. I couldn’t believe how fast some of the cyclists were travelling! The more experienced cyclists completing double the distance, sped past so fast it sounded like a motor bike with their fancy pants tyres rattling away. When I reached transition, I knew I just had to complete a small run and I’d have officially completed the Clumber Duathlon.

Ever heard of jelly legs?

Well, what a sensation that is! My legs felt so wobbly coming off the bike and I was so pleased that I’d added a few ‘brick’ or back to back training sessions to get used to the feeling. I was over the moon when I crossed the finish line, so I treated myself to a McDonalds chocolate milkshake on the way home as a reward for all my hard work! Chocolate milk is good for recovery right? lol. Later that day, I had a friend request on Facebook and instantly recognised the girl in the queue. We got chatting and she was also thoroughly pleased with herself and was already looking for her next challenge. Now I’ve always been a swimmer and I instantly suggested a Triathlon. She wasn’t so keen but we kept in touch on Facebook regularly sharing training updates!

With my new passion for a new sport, the Broxtowe Event Series was born and I was excited to inspire local people into the sport with the launch of a Triathlon at Bramcote Leisure Centre. On a warm September morning the girl in the queue showed up once more.