Home > Blog > The road to running a half-marathon: week 5

The road to running a half-marathon: week 5 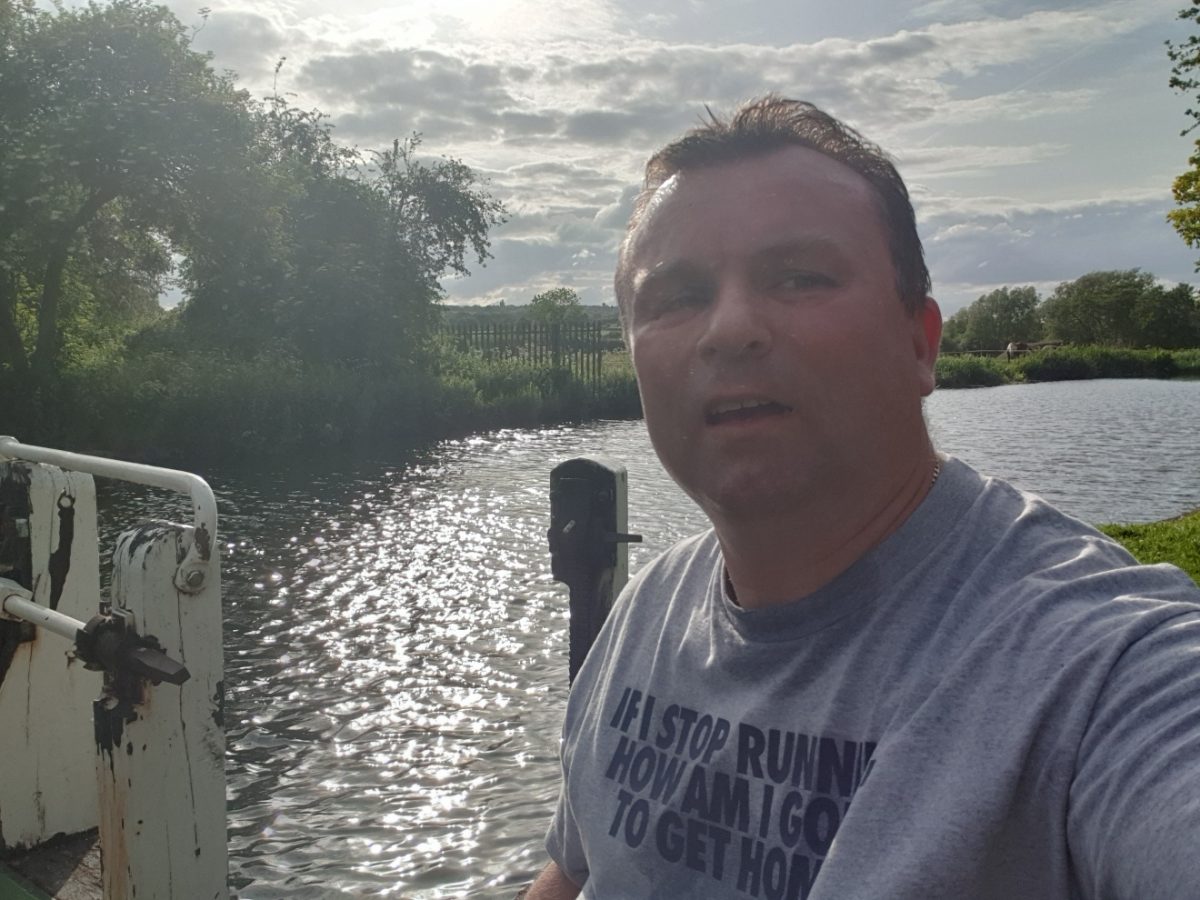 On May 14 I went for my first two mile run in my quest to get ready to run a half-marathon.  In the last month I have over doubled my distance and I have been feeling really good about my progress.  Everything was going so well.

Week five however decided to throw me a curve ball.  Both my mid-week three mile runs got cancelled.  Yes the weather was terrible with some pretty heavy rain and yes I was having a particularly tough week with motivation. I’m afraid the reason I didn’t do my mid-week runs was down to one thing and one thing only.  I had man-flu; well that’s what my wife calls it anyway.  My nose was like a tap and the back of my throat felt like sandpaper.

I was actually disappointed and frustrated that I didn’t run and I was beating myself up about it. Despite telling myself that it was ok not to run, it was important that I looked after myself and to keep my eye on the goal.  I had another longer run to do at the weekend and if I made myself worse then that could put my training even further behind.  The combination of man-flu and the horrible weather made my decision to stop indoors a much easier one. I did feel a little better however when I heard the Nature-Valley Nottingham Open Tennis tournament had been moved to indoors as well. This must have been a disappointment for both the players and organisers.

I did however; continue to do my calf exercises whilst watching some tennis. My calves were starting to feel better and I wanted to keep this momentum up.

A few days of rest and I was starting to feel much better. So on Saturday, just one month after my first two mile run I went for my first five mile run.  Due to the appalling weather I realised the canal was not a good idea.  I chose a circular route from my house that I knew was about five miles. The only snag with this route was it involved a particularly evil 1.5 mile long hill at the two mile point. 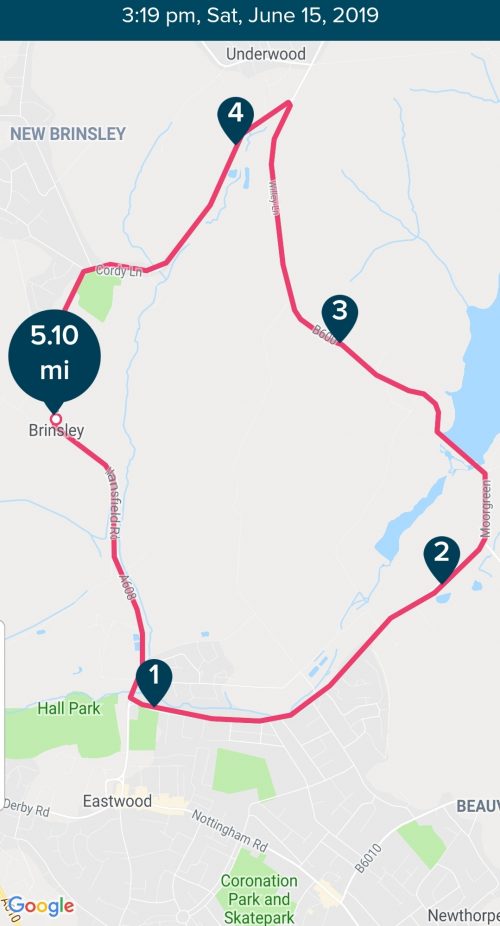 I took my opportunity between rain showers and off I went.  The sun came out and the first two miles really were quite pleasant.  Then two things happened.  Firstly, that 1.5 mile hill I mentioned was much steeper than I remembered and secondly, the sun disappeared and the heavens opened on me yet again.  Running up a hill in heavy rain is not fun.  It felt like I was literally running up a river.  Within seconds of the down poor I was drenched.  Annoyingly, as I crawled to the top of the hill, the rain stopped and the sun came back out.  Unbelievable!

The last mile or so was fairly either downhill or flat which my legs were certainly pleased about. As I finished my Fitbit indicated I had actually run 5.1 miles as the pictures shows.

Adapting as an elite athelete

I got home just in time to watch team GB win the Accenture World Triathlon Mixed Relay in Nottingham. Although the bad weather even effected this elite event. The triathlon got changed to a duathlon due to the terrible conditions of the River Trent.  It just goes to show that even at the top level you need to be able to adapt due to the weather conditions. An example that made me feel just a little better about my mid-week blip.

Well I have completed five weeks and although this week was not as successful as previous weeks I feel happy that I am still on track. I am confident that as long as I can keep the dreaded man-flu at bay I will get my usual three runs in and will be stepping it up to 5.5 miles at the weekend.

The road to running a half-marathon; week 4